It really came out of nowhere. After the Astros parade, I learned about one fan who went locally viral for his outrageous mustache, his love for the home team, and this: 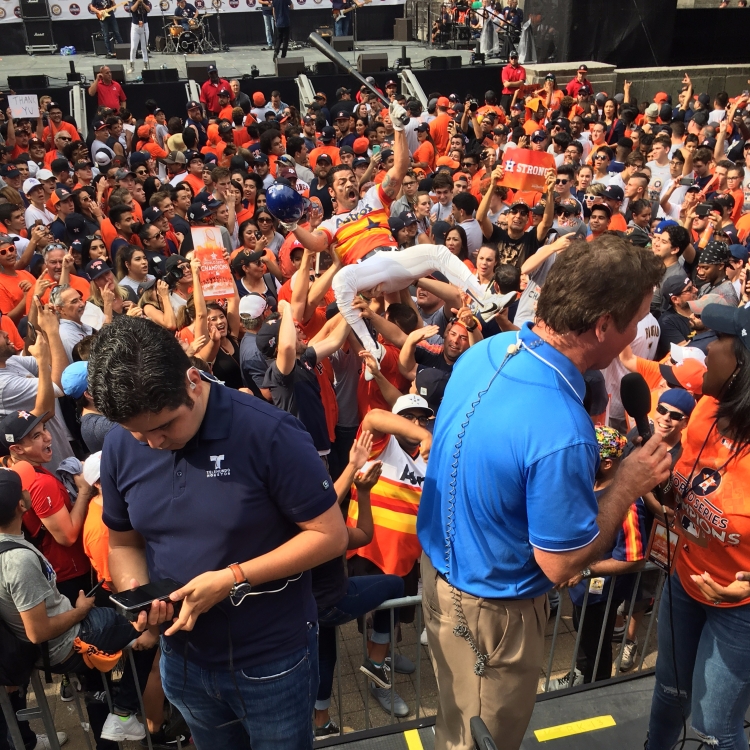 Now Obed Ceballos is also a firefighter for the City of Houston, as well as (what I learned later), a member of the Houston Fire Department’s annual calendar of firefighters.

Now, I have been working on an easy way for video content ideas, to be given the proper attention between what kind of video should be produced. For instance, I have the ability to shoot:

To come up with the appropriate video format (if any), we have to address the person at hand, and the value of our time vs. projected benefit.

For Obed, we decided on a produced video. For something under two minutes, we could showcase this fan as evergreen content, for use now, and before the upcoming season.

Here is our finished video:

For a grand total of three hours of work, I quickly put this video together for use as a “Throwback Thursday,” after the Astros won the World Series.

I like the video for the sound, as well as many of the B Roll shots I took, excited for making even better ones in the future.